I would like to share with you an excerpt taken from CLOSER: Pray Your Way to Intimacy with God by Fr. Bob  McConaghy. Fr. Bob is the Spiritual Director for the Healing Retreat. He will be guiding us in our Journey to Spiritual Healing.

The excerpt is the story of his father’s healing and how God answered his prayers.

My dad got very sick back in 1984. His kidneys shut down and he was in a coma. He was 76 years old. The doctor said, “Well, there’s a chance he can live.” but me being a priest and used to seeing people in that condition, I didn’t think he was going to make it. So I gave him the sacrament of the sick, but in my mind I thought I was giving him the Last Rites. I gave him absolution for all of his sins and I prayed that his death would be painless.

But God said no. They took him off his ventilator and he began to breathe on his own. They moved him from the intensive care unit that he was in for three weeks into a regular room. They had a shunt in his arm to do dialysis, but the doctor came in and said, “We can’t explain it. Your father’s blood work was way out of whack. They’re normal now. His bun-to-creatinine ratio, normal.” He added, “But the thing that really baffles us is that his kidneys were dead.” They call it end-stage renal failure. This kind of condition is permanent. But my dad’s kidneys were working again. They came back to life. “It’s a miracle,” the doctor said.

The sacrament of the sick can sometimes bring physical healing. And if there isn’t a physical healing, an interior healing takes place where the person will be able to at least deal with the reality that they’re dying.

But my dad got well. When I tell this story to congregations, most people would say, “Yes. God is good all the time.” But there are always some with a look on their face that said, “Oh, sure. The priest’s father gets the miracle. What about my father? I prayed for him. He got the sacrament of the sick and he died. So God said yes to Fr. Bob’s prayer and no to mine.”

No, God didn’t answer my prayer. Remember what my prayer was? That my father would die peacefully. But God said, “No, your father is going to live.”

Three years later, my father got lung cancer. The cancer spread to his brain. I gave him the sacrament of the sick again, and this time, I prayed for a physical healing. God said no.

When he died, it wasn’t a poignant Hollywood scene. The brain cancer changed his personality and he was nasty to the whole family, including me. The last three days of his life, he cursed at us. That wasn’t my father. But God answered my prayer when He gave my father the greatest miracle that He can give anybody — eternal life.

So when what you ask for is not right, God says no, not to punish you but because He loves you. And somehow it’s intimately bound up either with your or somebody else’s salvation. One day, when we go to heaven, I think it will be a great, “Aha! Now I get it!” Then, all things will be clear to us. There will be no questions. But in the meantime, we have to accept a “no” as God’s way of saying, “I love you.”

Fr. Bob McConaghy is a priest of the Diocese of Allentown, PA, U.S.A. Having retired from active parish ministry for health reasons, he has returned to Manila in the Philippines where he served for eight years. He resides at Lorenzo Mission Seminary, gives retreats and is engaged in pastoral counseling at Greenbelt Chapel in Makati. 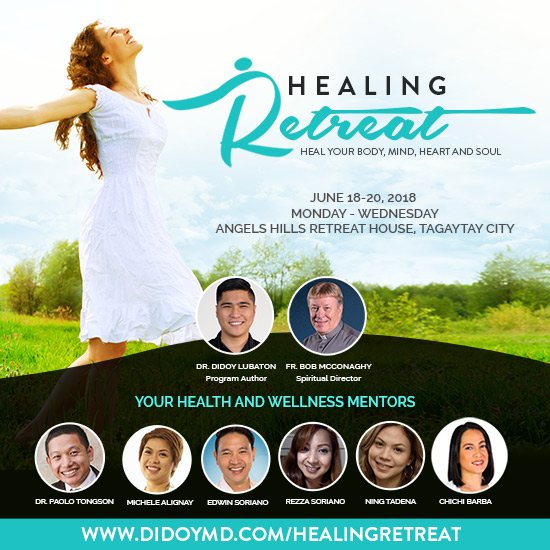 GET A COPY TODAY!